Do you sincerely want to be right?

Note this is not the same as “winning the argument”, in which entirely different rules apply. Relationship advice often includes ways of dealing with the arguments you have with your woman and perhaps one of the first rules is that the immediate overt subject of the argument (e.g. drinking milk from the carton) is usually just a flashpoint to unload all kinds of deeper grumbles that have been building since the last argument. Thus it is wise to step back from the content of the argument and consider what you are really arguing about and deal with that issue. 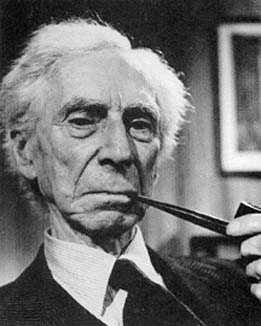 I find it useful to ask myself “what type of argument an I having?” As defined by the purpose of entering the argument, is it:

Having outlined a typology it should be obvious that each requires a different tact. For example the quality and ability of your audience will strongly determine what evidence and logic you can present in a political argument as opposed to using rhetoric and appeal to emotions. Domination requires a ruthless single-mindedness of purpose that will deeply antagonise your co-participant whereas persuasion requires you to gradually coax them along with references to their own values. Whichever argument you are engaged in, an understanding of informal logic is crucial. Before turning it upon your co-participants you should first turn it on yourself and eliminate the cloudy areas of your own positions.

Most people cannot conduct arguments with clear logical thinking, listening comprehension, and measured appraisal of evidence. It’s simply not natural. Our instincts always pull us towards defending our public reputation, our identity, our tribe. We frequently make it personal and frequently employ intellectually dishonest sleights of hand. These latter are called fallacies and interest me greatly. Here’s an introduction to some of the commonly-deployed fallacies. Learn them, remember the names, and then identify them in the field. It’ll become so much easier to dismantle foggy thinking.

Equivocation – Using the same word to mean different things without clarifying which, hoping that the word itself provides the continuity that the logic cannot. For example:

Here the word selfish has morphed from the common understanding meaning an unreasonable self-regard to mean simply doing what makes you happy.

False Dilemma – The range of options is unfairly narrowed down to only two. America – Love it or leave it!

Logically Black is White Slide – Proposing that because the difference between two ends of a spectrum are made up of small incremental changes (e.g. black to white are seperated by many subtle different shades of gray) that they are actually the same thing.

No True Scotsman – When counterexamples prove a generalisation wrong, they are unfairly dismissed by redrawing the boundaries to arbitrarily exclude them. For example: “Islam is a religion of peace” draws the counterexample “But what about the jihadists?” so the boundary is redrawn post-hoc “They aren’t true muslims.”

Begging the Question – Assuming the conclusion within the premises of the argument. For example “The Bible is true because God wrote it, and God wouldn’t lie”

The Heaper – Very similar to the LBiWS. When you can’t draw a clear line between two states of being you deny the difference. If you keep piling grains of sand onto a table you will eventually have a heap, but which grain of sand turns it from not-yet-a-heap to heap? Much sophistry about the age of consent relies on this fallacy.

Many Questions – You ask a question that can only be answered by assuming the truth of another (unproven) premise. When did you stop beating your wife?

Poisoning the Well – Negatively characterising a position before introducing it. “I trust you’re not one of those imbeciles you thinks…..”

I was first introduced to these ideas at university when taking a course in Informal Logic. The two core texts were Anthony Weston – A rulebook for arguments and Antony Flew – Thinking about Thinking. Both are great little books that will immediately straighten out the kinks in your processing. Get them.

This entry was posted on March 21, 2012 by countcervantes. It was filed under Mastery .