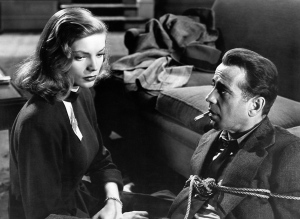 Lessons from The Count of Monte Cristo

“The effect of the serials, which held vast audiences enthralled … is unlike any experience of reading we are likely to have known ourselves, maybe something like that of a particularly gripping television series. Day after day, at breakfast or at work or on the street, people talked of little else”

Should you read it’s 875 pages of dense type you’ll see why. Few novels are so able to maintain a fast pace, wide scope, deep characterisations, and also suck you into their period through details. This in itself would be enough but it is also chock full of life lessons. I first heard about the book while watching Dr Paul’s “Deep Inner Game” dvd series. He used the plot as a metaphor for the rites of passage from boy to man. In bare bones:

Boys have not yet taken the weight of responsibility upon their shoulders so they are carefree and looked after by their elders. As they advance through puberty they must develop the leadership and direction of manhood. This is not easy so most traditional societies structure the transformation with a symbolic rite of passage. The boy is metaphorically killed and the man rises from those ashes. Note there is no equivalent process for women – simply reaching physical sexual maturity is sufficient for a girl to become a woman. For men, effort and sacrifice is required.

TCMC is a literary rite of passage for the lead character Edmond Dantes as he opens the novel a wide-eyed precocious teenager full of love, trust and naivete. He is promptly betrayed by jealous rivals and locked away in a dungeon for 14 years. During his incarceration he befriends the wizened Abbe Faria who bestows upon him a full renaissance education and faciliates his escape. The now “man” Dantes dedicates his next twenty years to exacting a cunning revenge on his persecutors. Read this way, TCMC is a blueprint for masculine development and this strongly recommend to those of my readers who wish to style themselves renaissance men.

A different theme that intrigued me is that of revenge. There’s no question this is primarily a revenge fantasy and Dantes dedicates fourteen years of incarceration to plotting it then another twenty years exacting it. His net of retribution, although tightly aimed, enmeshes many bystanders who the book takes care not to position as “innocent” but are not among his persecutors. Towards the conclusion Dantes ruminates on whether he was justified in his actions (he ultimately concludes “yes”) particuarly in how he ruins the live of his faithless fiancee and also indirectly causes the death of a small, though wicked, boy.

Rollo Tomassi wrote an interesting juxtaposition advising against the cold flame of vengeance. To paraphrase he suggests the emotional energy and resources directed towards carrying out revenge would be better disposed of in making your life better i.e. living well is the best revenge.

“For so long as you consider revenge, no matter how petty, you’ll still be attached to the emotions of that rejection. Accept the rejection, move on, rejection is better than regret… beware the ‘Well-lived’ life spent in pursuit of revenge. Revenge should never be the motivation for success. Even the time and mental effort needed to consider some appropriate way of making her aware of how she made you feel are resources better spent on meeting new prospective women who will reciprocate your interest. The root of confidence is developing, recognizing and acknowledging as many personal options as possible. Any effort you’d expend on revenge is a wasted opportunity to better yourself. Indifference to detractors and personal success are a far better revenge than any one sided injury you could inflict on them in return.”

Dante’s revenge is not a buffer against rejection but rather is a settling of accounts against men who have deliberately wronged him. Also, the pain suffered by Dantes is several orders of magnitude higher than the type Rollo considers. Initially it is difficult to see why Dantes didn’t merely declare the vendetta and assassinate his persecutors at the earliest opportunity, sticking a knife in their ribs in some dark alley rather than the laborious public ruination that he actually inflicts. The reason is Providence. Dantes comes to believe he is chosen by God to punish the wicked (due to the sheer improbability of how he is furnished with the means to exact revenge) but it must be accomplished slowly to give the wicked ample opportunity to repent and thus be spared. Because of his mission he does not consider his efforts in exacting revenge to be wasted.

Personally, I’d have just murdered my enemies and then moved on to other things. A man should not allow others to take what is his. When jackals transgress the rule of law and hurt you, you are required to exact revenge in order to maintain your boundaries. Allowing the cold streak of cowardice into your heart will hobble you for life. This does, of course, assume you were significantly wronged. Having your pint spilled in a pub doesn’t count.